Much of the reason for the recent upswing in 3D printing use is that it is a simple technology that can be used in applications in all kinds of fields. In its early years, 3D printing presented high entry costs. 3D printer models and materials were expensive. In recent years, with improvements and variations in the technologies of both the machines and materials used in them, costs have been coming down, making 3D printing applications more accessible and cost-effective, across industries and education.

Let's dive into five of the top applications for 3D printing technologies. 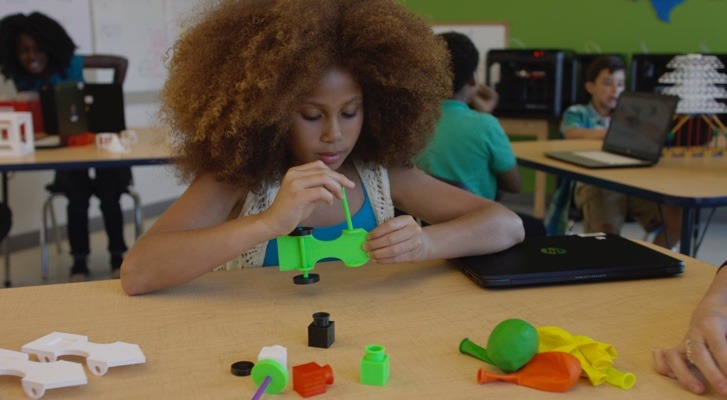 Every day, more schools are incorporating 3D printing methods into their curriculums. The benefits of 3D printing for education are that it helps better prepare students for their future by allowing students to create prototypes without the need for expensive tooling. Students learn about 3D printing applications by designing and producing models they can actually hold.

3D printing bridges the gap from ideas and images on a page or screen, allowing for the creation of those ideas/images in the physical, 3-dimensional world.

3D printers are now commonly found in classrooms and public libraries. Universities have 3D printers available for students to use in classes and projects. Companies such as MakerBot offer certification courses in 3D printing applications for both educators and students.

3D printing tools are also revolutionizing STEM education by offering the ability for low-cost rapid prototyping by students in the classroom as well as fabricating low-cost high-quality scientific equipment from open hardware designs.

Students learn about a variety of 3D printing applications by exploring design, engineering, and architectural principles. They are able to duplicate museum items like fossils and historical artifacts to study in the classroom without the possibility of damaging delicate collections. They are able to gain a new, 3-dimensional perspective on topographic maps.

Graphic design students can easily construct models with complex working parts. Students in the sciences can create and study cross-sections of organs in the human body as well as other biological specimens. Chemistry students can make 3D models of molecules and chemical compounds. 3D printing was first developed as a means for faster prototyping. With a traditional injection-molded prototype it might cost hundreds of thousands of dollars and take weeks to produce a single mold. That is highly impractical if you are trying to improve on design with each new iteration. 3D printing technology greatly reduces the lead times required in traditional manufacturing, allowing a prototype to be fabricated in hours, not weeks, and at a fraction of the cost. The automotive and aerospace industries are just 2 industries involved in manufacturing taking advantage of advances in 3D printing technologies.

Traditional manufacturing is the most cost-effective at large volumes. In situations where a product is not going to be mass produced, 3D printing (aka ‘additive manufacturing’ in manufacturing circles) is ideal as it allows for the relatively inexpensive production of a product in much smaller volumes or on a case-by-case basis. In this same vein, advances in rapid prototyping (RP) technology has also given rise to the development of materials and processes, such as Selective Laser Sintering (SLS) and Direct Metal Laser Sintering (DMLS)  that are suitable for the manufacture of the final version of a product, not just its prototype. This is called Rapid Manufacturing.

With cloud computing technologies so prevalent today, there are now companies that offer cloud-based additive manufacturing services where consumers can build parts and objects remotely without the expense of purchasing a 3D printer.

3D printing technologies have created what is called ‘agile tooling’. This is where tooling used in manufacturing processes such as hydro-forming, stamping, and injection molding is designed by modular means, enabling quick prototyping and responses to tooling and fixture needs. In the last several years there have been many 3D printing applications in the world of medicine. They range from bioprinting – where biomaterials such as cells and growth factors are combined to create tissue-like structures imitating their natural counterparts – to medical devices like prosthetics.

3D printed prosthetics exemplify 3D printing’s versatility. It is difficult and expensive to produce prosthetics that fit a patient. With 3D printing, measured prosthetics can be modeled and printed at significantly lower cost. Children in need of a prosthetic formerly had to wait to get one to be sure they would not outgrow it. Now, a new prosthetic can be 3D printed for them every few months. In some third world countries, prosthetics are not even an option, they can now take advantage of 3D printed ones.

3D printing applications in medicine are also used for producing metal orthopedic implants. Due to 3D printing’s capabilities for creating porous surfaces, these types of implants more easily integrate with the patient’s own natural bones, allowing them to grow into the implant.

There have been successful cases of a patient receiving a titanium pelvis implant, another getting a new titanium lower jaw. A motorcyclist patient whose face had been seriously injured in a road accident had it rebuilt with 3D printed parts.

Bioprinting allows for the 3D printing of artificial organs, helping solve organ failure issues in patients faster, important to both the patient and his/her family and to healthcare systems.

3D printed tissues have been developed for pharmaceutical testing as a cost-effective and ethical means of helping identify the side effects of drugs and validating safe dosages.

Pills can be produced, using the 3D printing process of Binder Jetting. The process allows the pills produced to be very porous, therefore enabling high dosages in a single pill that can be dissolved quickly and easily digested, useful for treating conditions such as epilepsy. The first fully completed residential building was constructed in Yaroslavl, Russia in 2017. 600 elements of the walls were printed in a shop and assembled on site, followed by completion of the roof structure and interior decoration for a total area of 298.5 sq meters (3213 sq ft). The project represents the first time in the world the entire technological cycle had passed building requirements, from design, building permit, registration, to connection of all engineering systems. The building was not built just for presentation, today a real, normal family lives in it.

Concrete 3D printing has been in development since the 1990s, as a faster and less expensive way of constructing buildings and other structures. Large-scale 3D printers designed specifically for printing concrete can pour foundations and build walls onsite. They can also be used for printing modular concrete sections that are later assembled on the job site.

In 2016, the first pedestrian bridge was 3D printed in Alcobendas, Madrid, Spain. It was printed in micro-reinforced concrete at a length of 12 meters (39 ft) and width of 1.75 meters (5.7 ft). The bridge illustrates the complexities in the forms of nature and was developed by both parametric (using a set of rules, values, and relationships that guide the design) and computational design, allowing the optimal distribution of materials while maximizing structural performance.

It was a milestone in the international construction industry, being the first large-scale application of 3D printing technology in the field of civil engineering in a public space.

3D printing is used to produce architectural scale models, enabling a faster turnaround of the scale model and increasing the overall speed and complexity of the objects produced.

As a futuristic concept, 3D printing is being studied as a technology for constructing extraterrestrial habitats, such as habitats on the Moon or Mars. It has been proposed, using building-construction 3D printer technology, fabricating lunar building structures with enclosed inflatable habitats for housing human occupants inside the hardshell lunar structures. These habitats would need only ten percent of the structure to be transported from Earth, using local raw lunar materials for the other 90 percent of the structure. An unexpected application of 3D printing technology has been in the world of art and jewelry making.

Just a few examples of 3D printing technology in the arts include Banksy, the mysterious and famous British street artist, whose works’ have been rendered from 2D to 3D using powder binding 3D printing.

Recently, the Prado Museum organized an exhibition of paintings by well-known artists rendered in 3D. The purpose was to allow visually impaired people to feel these works that were previously inaccessible to them.

These are just a few of the countless ways, from education to medicine to industry to the arts, that 3D printing technologies impact our world today.

Get started with 3D printing today How to Create a Lesson Plan with 3D Printing